THIS SUMMER WE PRESENT:

Prague Shakespeare Company (PSC) is honored to cooperate once again with the Summer Shakespeare Festival to present a new English-language production of A Midsummer Night’s Dream. Directed by PSC Artistic Director Guy Roberts, this fresh take on Shakespeare’s timeless classic is the perfect escape for audiences of all ages to come together and celebrate the wonder of Shakespeare and the magic of falling in love after our time of isolation because of coronavirus.

Set in a magical wood filled with fantastical fairies, sprites and legendary creatures, with original music by Patrick Neil Doyle, this production features Tony Award–winning and Oscar-nominated storyteller Jeffrey Whitty’s modern English language adaptation of A Midsummer Night’s Dream. This Midsummer cuts through the centuries to bring audiences a fresh, moment-by-moment take, designed to flow as effortlessly for modern audiences as Shakespeare’s beloved classic played to the Elizabethans. This “translation" was written as part of the Oregon Shakespeare Festival’s Play On! project. These translations present the work of Shakespeare in language accessible to modern audiences while never losing the beauty of Shakespeare’s verse.

The Summer Shakespeare Festival is the oldest and biggest open-air festival in Europe presenting works by William Shakespeare.

The Festival takes place from the end of June to the beginning of September on open-air scenes in Prague (Prague Castle and Music and Dance Faculty of the Academy of Performing Arts in Prague), Brno (Špilberk Castle), Ostrava (Silesian Ostrava Castle) and Bratislava (Bratislava Castle). The Festival was started by President Václav Havel when he opened the Prague Castle to artists in the early 1990s in an effort to attract the public there. The first Shakespearean play was staged in 1990 and the festival has been held regularly since 1998.

The Festival enjoys wide popularity as we can see in the demand for tickets, record audience numbers (close to 90,000 per season) and its overall standard reflected in the unparalleled and lively media response and appreciative criticism. Around 150 plays are staged during a summer in an open-air auditorium seating 600 – 1,000 people which is as a rule filled to capacity. The Festival with its annual premieres has established itself during its existence as an event that the public at large does not miss. Plays staged exclusively for the Summer Shakespeare Festival are presented in Czech and sometimes in Slovak.

Although the Festival is largely intended for Czech audiences, the organizers collaborate with foreign ensembles working with Shakespearean themes. The audiences have been able to see during the Festival the comedies ‘Much Ado About Nothing’ and ‘A Midsummer Night‘s Dream’ performed in English by British Shakespeare Company (2009), the comedy ‘The Merry Wives of Windsor’ played by GB Theatre Company (2010), an appearance of the London-based company Shakespeare‘s Globe with the project ‘Globe on Tours – Hamlet’ (2014), a concert evening ‘Patrick Doyle – Shakespeare in Concert’ (2015), the tragedy ‘Richard III’ (2016) performed by the Prague Shakespeare Company to mark the four hundred years’ anniversary of William Shakespeare’s death. Prague Shakespeare Company performed comedy Measure for Measure (2018) and tragedy Othello (2019).

The Summer Shakespeare Festival is organized by AGENTURA SCHOK. 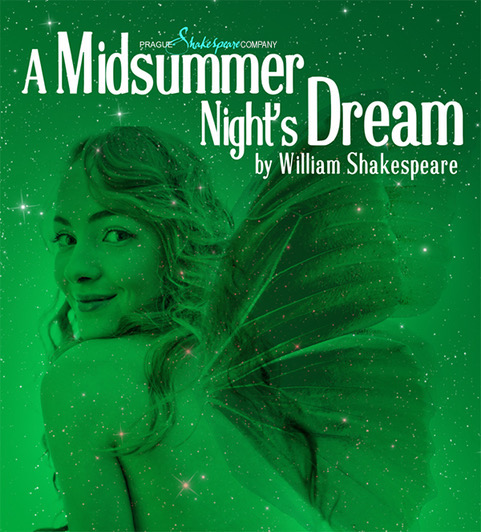